Barley—a high fiber grain—has proved to be a productive crop for Madison County farmers. At the end of 2017, Madison County ranked third in the state for total barley production with 30,200 bushels, and fourth in the state for yield per acre at 57 bushels. The National Agricultural Statistics Service (NASS), an office under the U.S. Department of Agriculture, released these figures in December based on self-reporting that farmers submit through the Small Grain County Agricultural Production Survey and the Agricultural Survey.

While barley may be trending on health food store shelves as a good addition to soups and salads, it has long been an essential ingredient in the beer-brewing process. And as barley thrives in Madison County, breweries are thriving throughout Central Virginia where they have become an important part of the local economy.

Learn about the Brew Ridge Trail in Nelson County.

Learn how to start a brewery.

Interested in buying your own cropland and/or establishing your own brewery? Search here. 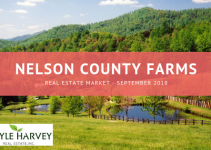 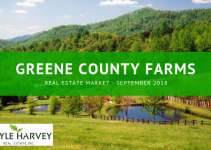