As the steadfast, ardent proponents of central Virginia farms, local food, and everything farm-to-table, we at Gayle Harvey Real Estate are no strangers to writing about farmers markets. So imagine our surprise when we discovered a relatively new one right under our noses, at the Shops at Stonefield! Stonefield, with its array of upscale restaurants, clothing shops, and the affordably artisanal Trader Joe’s grocery store, was the last place we thought of looking for a farmers market, but sometimes the best things in life are tucked away where you least expect them. So we’d like to introduce you to Stonefield’s farmers market, which is hosted by the group Central Farm Markets.

If you’re not familiar with the Shops at Stonefield, head north on US-29 out of Charlottesville, towards the traffic, towards the land in Orange County, Madison County, up to Washington, D.C. and all the other things about which your parents warned you. The market is hosted on Saturdays from 9:30am until 2:30pm, at which point you can simply meander over from the local vendors and go catch a movie at the Regal Stonefield, do some more shopping, or grab a late lunch.

A little more about Central Farm Markets…it’s an organization that was founded in 2008 as a sort of farmers market collective. Their first market was started in 2008 in a parking lot in Bethesda, MD, where they had 17 vendors. They’ve since expanded outwards, with thriving markets in Bethesda and Pike Maryland, Fairfax, VA and now Charlottesville. Beyond just making local and organic varieties of produce, meats, and cheeses available to the community, Central Farm Markets advocates for more deliberate sustainability practices in farming.

The Stonefield Market features around 30 different vendors, most of which are from the central Virginia area. We’ll highlight a few of these below, but if you want to get in on the action, see for yourself!

On their website, the Bageladies state unequivocally their belief that “Bagels done right can change the world.” In Charlottesville, we read that as “Bagels done right can give Bodo’s a run for its money,” and this bagel outfit from Waynesboro is doing just that! Their bagels also contain 60% fewer sugars than traditional, store-bought bagels and have virtually no wheat starch glucose. They also have great recipe ideas for grilled cheese sandwiches, pizza bagels, and bagel burgers. Bodo’s, you’re still #1.

Established in 2000, Radical Roots is a family farm on five acres of land in Rockingham County. The farmers are committed to sustainable agriculture, using permaculture farming techniques to harness the land. They maximize the potential of their five acres by growing certified organic fruits, vegetables, and herbs, an amazing bounty considering the small staff and the concentration of land.

Then there’s the super-local Buck Mountain Farms, which makes its home north of Charlottesville, in Earlysville. Buck Mountain employs a similar philosophy on farming, making efficient use of the rotational grazing to produce high-quality chicken and grass-fed cattle on evenly grazed, sustainable pastures. Their willingness to learn the nuances of permacultural farming means they maximize the land’s potential, relying on no manufactured fertilizer! Come enjoy some free-range chicken or the 14 different cuts of grass-fed beef today! They’ve also got red beets, turnips, and lettuce.

The Rock Barn is quickly on its way to becoming a Charlottesville institution; it’s already on the menu at various Cville staples like Fry’s Spring Station, and Ivy Provisions. You don’t edge your way to the top of a competitive culinary environment like Charlottesville’s without a quality product, which is pork. Multiple cuts of pork for every occasion, at wholesale or retail amounts. If you think you could handle it, try the porkshare…if not, grab yourself a cut or two. Operating out of an estate, Oak Ridge, in Nelson County, the Rock Barn operates based on a nose-to-tail philosophy, utilizing literally every part of the pig with a focus on the big picture. 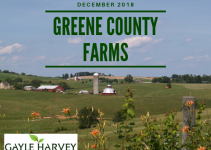 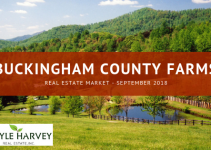 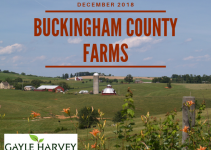